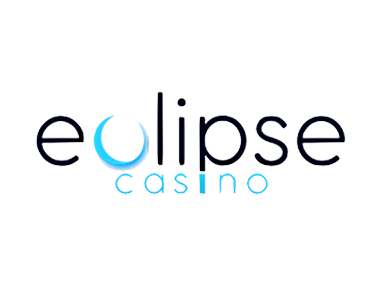 Eclipse Casino is a Rival-powered gambling site that accepts Australian users. It has a distinctive visual design based on space exploration motifs and a downloaded version that can be used as an alternative to instant browser gaming experience. Eclipse Casino is a novice on the market as it was founded in 2017. However, it has gotten many positive reviews from folks around the globe because of its hand-picked selection of around 150 games, a good bonus program with some really profitable bonuses and a fast-responding Support that can help users even at night.

The website design is awesome and looks modern. At the background, there is planet Earth as seen from thousands of miles from space. Stars around the planet are always animated and rotating slowly in a mesmerizing motion. The homepage is almost empty, there is just a couple of menu entries to navigate a user to internal pages, and a big black Earth that takes up about one-third of the screen area. Not only games and bonuses are introduced in the casino but also a regularly updated blog that users are encouraged to read at any moment as it contains tons of useful, fun and informative posts on gambling with tips and tricks, strategies, pokie reviews and trends.

Options for having the funds into and out of the casino are numerous in general but Australians can use a small portion of them. The available financial services include VISA, MasterCard, Skrill, Neteller, paysafecard and Bitcoin (BTC and BCH). A player must transfer the minimum of $25 into the personal casino account and cannot exceed $1000 per transaction. For bitcoins, there is no cap on transactions. In all cases, transfers are immediate and players will see their funds credited in a matter of seconds.

First timers have to undergo verification and this is a one-time procedure that always applies to the first withdrawal. Methods of getting money from the casino are limited to VISA, MasterCard and bank transfer, with a weekly cap of $2000 on each. The online casino also reserves the right to raise the cap for users with an advanced VIP status. Payouts are usually processed within 3 to 7 days and are then forwarded to a relevant account of the player. The minimum sum that an Australian player can request to withdraw is $100.

Rival supplies its In-Touch mobile platform to the online casinos that use their games, including Eclipse. The number of mobile games is 80+ (and constantly increasing). These are all kinds of HTML5-based pokies and some table games. Mobile environment created by Eclipse is friendly, intuitive and lots of fun. When out and about, a user can do virtually the same things on a mobile device as on desktop.

Rival Gaming, which supplies its products to the casino, is known to have over 260 games so far, and nearly all of them are available in Eclipse. Five-reel pokies from Rival Gaming are creative, packed with features and cover lots of themes. Many pokies have 25, 30 or 50 paylines or are based on a 243 ways-to-win system. Bespoke graphics, eye-catching animation and interesting characters are what makes Rival Gaming a truly exciting offer for many gamblers. Australian gamblers can enjoy the best gaming products from that provider such as Rise of Poseidon (a mythological pokie), Frogged (a car theme), Day at the Derby (sports), Diamond Dragon (fantasy) and other five-reelers.

There is a revolutionary group of pokies known as i-Slots. Examples include Travel Agency, As the Reels Turn, Bank Heist, Spy Game and others. The niche of i-slots is occupied by games that have a branched storyline that a user can affect. When a specific combination is hit or a bonus is triggered, the storyline can change and turn the gameplay to an entirely new direction. I-Slots, which are also available in Eclipse Casino, deserve the attention of every AU gambler who likes original, unconventional pokies.

Another popular group consists of three-reel pokies. There are currently 20+ classic titles released by Rival, and Eclipse has all of them. An exciting thing about three-reel products designed by Rival is there design-wise proximity to 5-reelers. For example, Plunk-OH has three reels and five paylines but its overall appearance resembles a typical video pokie. Another example is a Hot Hand pokie with three reels – it features outstanding graphics and big multipliers, which is unusual for retro games with bars and fruit symbols. At the same time, there are purely classic games such as Ten Times Wins, Sevens and Bars, and Diamond Cherries.

The number of progressive jackpot pokies is fairly scarce; there are only 5 of them in the suite: Strike Gold, Money Magic, Major Moolah, One Million Reels BC and Jackpot 5x Wins (a 3-reel game). These jackpots tend to be won for 5-figure amounts and Money Magic boasts of having given the biggest jackpot of all, at around $303,000. There have been over 270 wins recorded on Rival progressive pokies so AU gamblers have decent chances of grabbing a high win.

Pokies are the key point of interest for Rival, and other game types have a poor representation. Blackjack is available in two variants and the same is true for roulette. Craps and baccarat are also there, one table for each game type. Besides, Eclipse also features the Specialty category that lists a couple of scratch cards, progressive pokies (described above), bingo and some mixed-genre games.

All bonuses in Eclipse are non-cashable, also known as sticky. The implication is that the bonus amounts cannot be withdrawn because bonuses are credited for betting purposes only. However, after completing the playthrough requirement successfully, winnings derived from bonus money will be transferred to player’s real-money account. Anyway, the online casino offers a good 300% welcome bonus upon depositing $25+ (WR x40). Besides, any new player is entitled to contact Support via the live chat to claim a 100% cashback credited in the form of a free chip.

Valid on Saturdays and Sundays only, this is a permanently enabled promotion that gives a 180% match on pokies for a deposit of $70+. On top of that, players get 40 free spins and a $25 free chip. Though being constantly open for Australian users, this bonus changes a qualifying pokie to be used for wagering. As of writing, players were to play it through on Rise of Poseidon (a 5-reel 30-payline pokie with the max bet of $75 per spin).

This offer changes on a monthly basis but its essence remains the same. This is a branched reload bonus with a few percentage values that depend on the deposited amount (e.g., a 135% or 155% match). Players are also offered a 50% cashback on the bigger deposit of two or a 100% cashback on the biggest of four. The wagering requirement for any reload bonus is x40. Australians who want to redeem any of the mentioned should log in and enter a valid bonus code that can be found on the Promotions webpage of the online casino.

Eclipse online casino has 200+ games from Rival, a satisfactory bonus program that consists of sticky reload bonuses, many cashback promotions and a live chat support. Banking options are standard from the standpoint of an Australian gambler (bitcoins are also accepted).