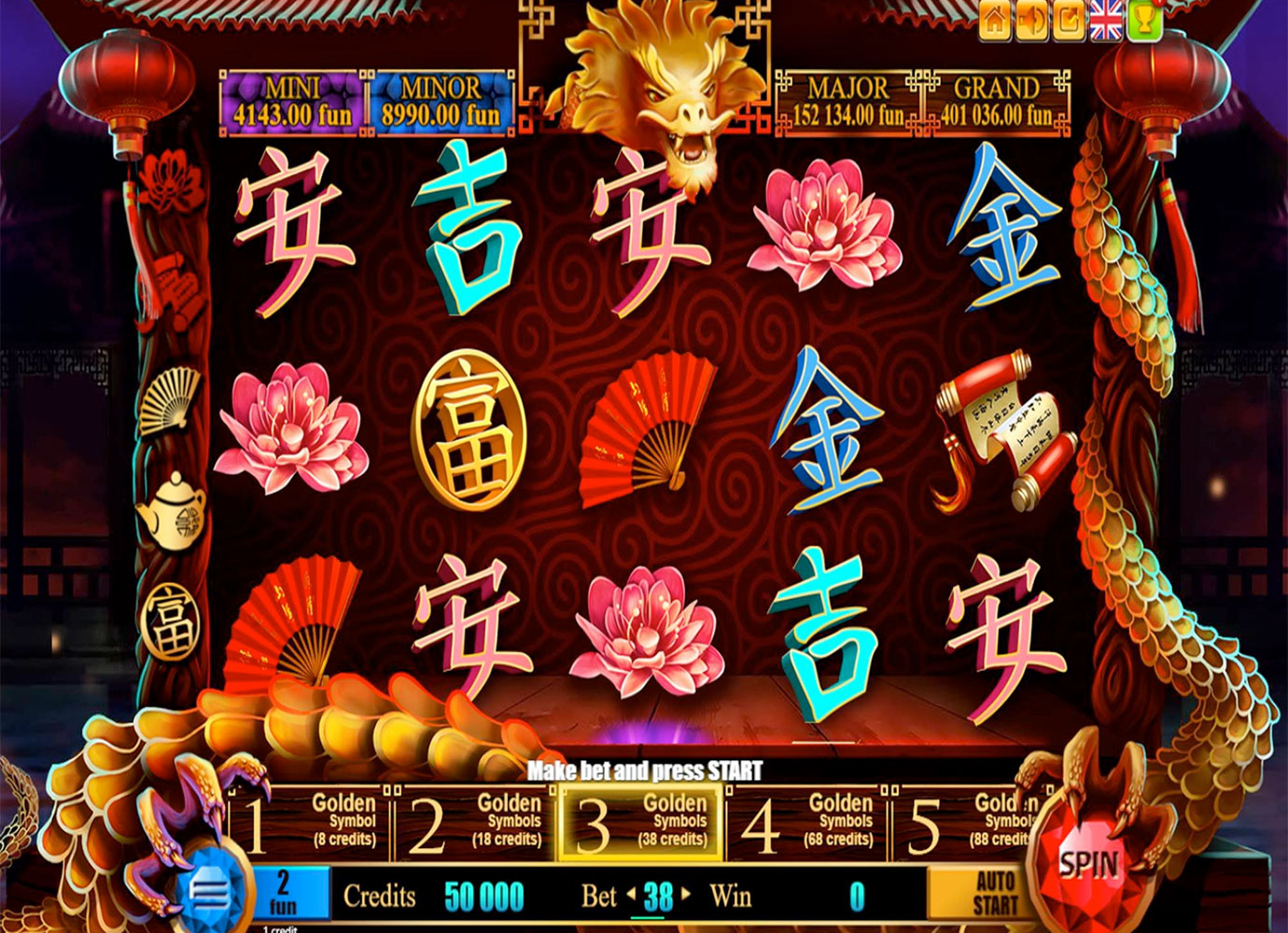 This brilliant 243-wins-to-win video pokie has an imitable Asian style with gold artifacts, Chinese hieroglyphs and that indescribable atmosphere which immerses the player instantly into the relaxing and generous game. 88 Dragons by Belatra Games has several unique solutions implemented into the game engine so every online casino fan will find here a plethora of exciting things in addition to good fortune. On top of all features, the pokie offers a four-level progressive jackpot, with the highest one being not smaller than 200,000 credits. Moreover, a player can dig into user settings to find there two types of Double Up mini games (Dealer and Red-Or-Black). Importantly, all the four jackpots are made available to low bettors from Australia but the pokie should be played for real money unless you want to miss an upcoming jackpot draw.

The artistic design of the pokie has soaked up lots of Asian motifs that together form a perfect whole. The five reels – or rather columns without any borders between them – are set against a complex but elegant red pattern and are framed with intricately depicted pillars. Animated Chinese patterns swinging in the wind as well as a slowly moving dragon’s head above the reels contribute to the Asian aura of the pokie machine.

Every high- and medium-valued symbol has two visual styles: normal and golden-skinned looks. Accordingly, the symbols in question have two paytables. A so called “non-golden paytable” awards 5, 10 or 50 credits for three, four or five of a kind. This option is for economic online casino players as it costs only 8 credits per spin.

A player may choose to wager more than 8 credits, in particular, 18, 38, 68 or 88 credits and this choice determines the number of Golden symbols visible on the reels; the more credits are put on stake, the more Golden-colored pictures are in play.

Making a bet of 18 credits, a player activates two golden symbols, and so forth. Ultimately, betting 88 credits, a player from Australia will have nearly all golden pictures on the screen. These luxurious images pay out much higher, for example, five golden fans, letters and flowers award 400, 500 and 1000, respectively (up to AU$200 at max).

The cost of one credit varies between AU$0.01 and AU$0.20, meaning a player is allowed to make a bet of AU$0.08 to AU$17.6 per spin. Just to recap, the pokie machine is outfitted with 243 ways to win, which means there are no paylines in the conventional sense and all wins are created by adjacent symbols. It makes sense making the max credit bet, i.e. AU$0.88 in order to maximize payoffs and make the pokie unleash its full potential on desktop or mobile device.

Three or more dragons occurring in any place award x40 to x400 when playing with one golden symbol or x440 to x4400 when all the five symbols are golden. This further means the best loot for five scatters reaches AU$880.

Additionally, three or more scatters in any position trigger 10 free spins with an opportunity of hitting more free spins during the feature.

Wild icons in this online casino game are keys to a jackpot bonus feature. The game rules state clearly that hitting 1 to 3 wilds in any position gives a probability of being awarded the feature, though this is not an ironclad guarantee. The more wilds appear, the higher the chance.

In all other respects, a wild symbol, which is depicted by a golden octagon with the word “Wild” inside is a regular substitute that helps symbols form winning combinations. It has no independent wins separated from other payable images.

There are four jackpot values in the reviewed pokie machine: Mini (2000+ credits), Minor (3750+), Major (75,000+) and Grand (200,000+). They have a dynamic nature and get modified every time the player changes a bet size. Progressive jackpots in 88 Dragons Treasure stack up if someone is playing this pokie for real money.

A related cash prize is hit during a bonus feature triggered by 1–3 wilds, as explored above. The player is taken to a new screen where they are asked to touch coins to reveal a gem. Getting three same-colored crystals will grant a related jackpot. In other words, the mini game always leads to a jackpot win, and the rest depends solely on luck. If making the maximum bet, there is an upscale chance to hit an AU$40,000+ Grand.

An online casino player can pick one of two Gamble features in the Risk Game Setting section. The chosen gamble option will activate at the end of any winning in base game. The Gamble rounds can be switched off altogether. The two options are:

Designed and released by Belatra Games, 88 Dragons Treasure is a 5-reel video pokie with 243 ways to win and no paylines. Every player from Australia can win one of four progressive jackpots if playing for real money. The online casino game also features a wild symbol, retriggerable free spins and two variations of a Gamble bonus game.