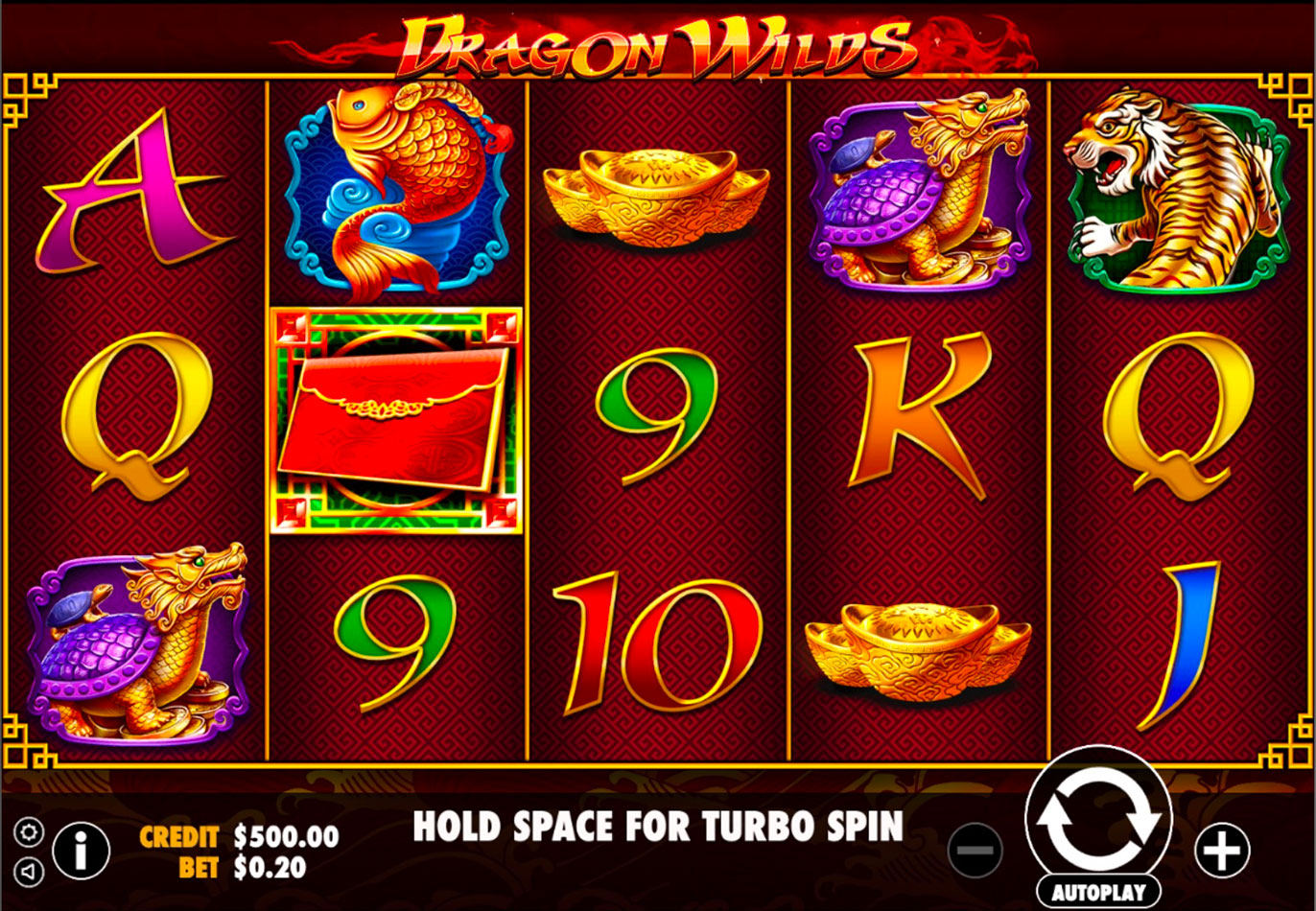 This 5-reel pokie machine with 20 fixed lines is dedicated to dragons which are the most respected creatures in Chinese mythology. When spinning the reels of this Asian-style online casino pokie, the player will come across many lucrative bonus features, one of which is a wild symbol that is stacked on all reels and multiplies awards by x2. Rich graphics with red and golden accents make the gaming process a pure fun, while a fantastic free spins round will enrich the player’s immersive experience because of five free spin options available for picking. Dragon Wilds provides the maximum reward of AU$2500 for five tigers, but a bonus round offers a realistic chance to win much greater due to win multipliers of up to x15.

The video pokie uses a conventional Chinese theme with well-known motifs and symbols, which are often found in pokies of other providers. Taken in general, Dragon Wilds is a run-of-the-mill game with very common visual effects and stereotypic pictures that usually carry a whiff of Asia in general and China specifically. The key benefits that are very likely to lure players from Australia are the pokie’s bonus features, especially highly-rewarding free spins. Intuitive buttons and text prompts that pop up when putting a cursor over some areas increase user-friendliness of the game, which is especially evident on mobile devices.

The 20 paylines are enabled constantly and an online casino player cannot choose to wager on a fewer number of lines. Before a spin, the player needs to place a bet, which can be changed at any time in base game. A bet is handled by clicking “+” or “–“ buttons under the reels. The game software offers two adjustable settings: Coins per Line (1 to 10) and Coin Value (AU$0.01 to AU$0.50). By setting all betting parameters to their maximum, you will pay AU$100 per spin. On the other way round, the lowest bet is just AU$0.20 per spin, with all paylines in play.

The “i” button in the Controls area opens a pay chart that lists all pokie symbols, their payouts, rules and payline tracks. Whether the pokie machine is played on desktop or mobile, the pay chart is always accessible with a single click or tap. Combinations in this online casino pokie are formed from the leftmost to rightmost, as is usually done in other games of this sort.

Playing cards (9 through A) feature the lowest payouts of all non-feature symbols, with the best loot of AU$250 for five aces. These common symbols occur very often in proper positions and this makes up for their poor awards.

Players will be more interested in catching a few thematic Chinese symbols because they pay out higher prizes. The pokie machine has the following high symbols: gold bullions of an intricate shape (AU$350), gold coins with a rectangular hole at the center (AU$350), koi fish (AU$500), golden dragon (AU$650) and tiger (AU$2500). As opposed to other icons, tigers pay out an award – though small – when two of them land. You can see that the best non-feature prize available in Dragon Wilds is x25 times the bet.

All reel strips hold a mystery stacked symbol that is chosen randomly before a spin begins. This means that any non-features symbol may come stacked at any time and in any amount.

Two dragons intertwined in the form of number 8 (or the sign of infinity) is a wild symbol. It is bigger than non-feature symbols in that it occupies two cells on the screen. The wild has a limited distribution across the game field as it appears on reels 2, 3 and 4 only. It has a few functions in the online casino pokie machine:

A red file (or envelope) is a scatter, with three of them triggering a free spin selection bonus. A lucky player from Australia who have managed to activate that lavish feature is first asked to pick one of five options which take into account player’s attitudes towards risk and other factors. Some of the options are almost guaranteed to generate a small amount of cash, while others are harder in this regard but pay out better. Players may select from the following:

Obtaining 3+ scatters in the course of free spins presents an additional FS round as initially granted by the selected option.

This Asian-themed video pokie from IGTech offers a stacked wild multiplier and five free spin modes with the maximum multiplier of x15. The top three non-feature prizes in the pokie machine are AU$2500, AU$650 and AU$500. Dragon Wilds is also held in some bitcoin casinos reviewed on this website.