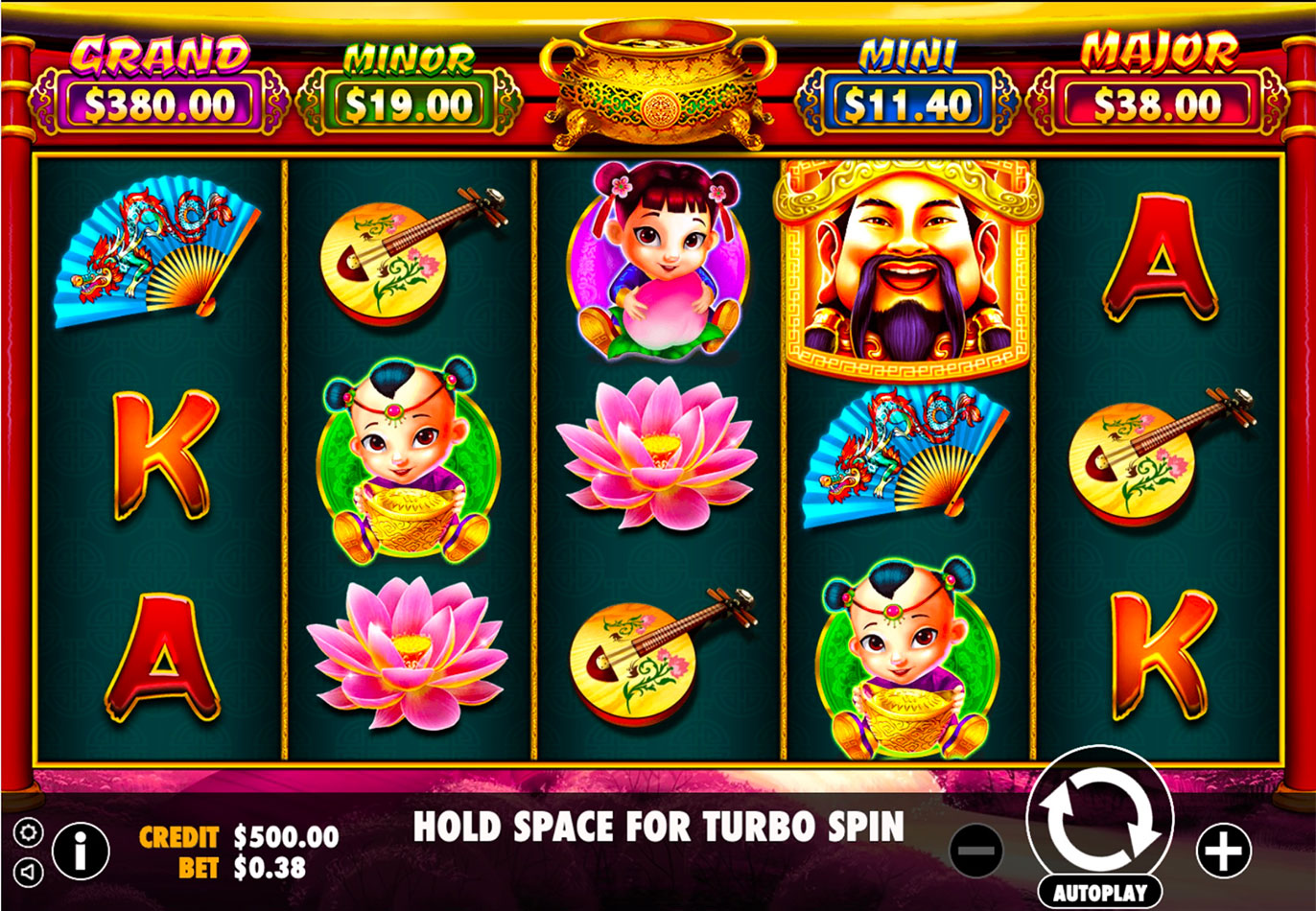 Paying homage to a respected Chinese deity, IGTech devoted one of their pokie machines to Caishen, a legendary character who was believed to turn stone into gold. Players from Australia will enjoy many features in this nice online casino game including generous retriggerable free spins and wild symbols. Perhaps the pokie machine would have never become popular if not for 4 fixed jackpots it offers, the largest of which comes out at AU$190,000 if to play Caishen’s Fortune for real money. Whenever you play on a mobile device or computer, jackpots are always there ready to be hit at any moment. Played with 243 ways instead of paylines, the game provides numerous opportunities for hitting a successful combination, with the best of them paying out AU$1000 for five of a kind.

A player gets transported from Australia to China which is home for an ancient god of wealth known as Caishen. The atmosphere of the pokie is filled with oriental vibes that are visible everywhere on and around the reels. Trees with curved trunks, wooden roofs that reflect Chinese architecture, vivid animations and domination of red palette are what the online casino player can see on the game screen. Overall, the visual design is very good, though allegedly lacks some diversity and novelty.

On both sides of the reel field, there are animated “243” signs showing the number of possible ways to win. In many other pokies, wins are built along paylines that are normally limited to 15, 20, 50 or so. Contrary to the payline-based take on pokie structure, Caishen’s Fortune offers an alternative scheme used in many pokie machines out there. Whenever a certain number of matching pictures stop in any adjacent positions starting at reel 1, the player gets a specific reward in accordance with the pay chart.

The minimum bet is, surprisingly, 38 coins per spin – maybe, this number stands for something important in China or its mythological texts. Anyway, a player can choose a coin value (AU$0.01 to AU$0.50 at irregular intervals) and the coin number per spin (1 to 10). In this manner a bet can vary between AU$0.38 and AU$190 per spin. While in a bitcoin casino, betting can be performed in bitcoin or other cryptocurrencies.

Eleven regular symbols are shown in the pokie’s pay chart. They can be conventionally split into low- and high-ranked pictures, according to their payouts. Playing cards 9 through A happen on the reels quite often so players can expect frequent awards for matching 3+ of them. Actually, the best win in this section is AU$250 for five Aces.

High paying symbols with relevant prizes are a musical instrument (AU$375 at max), a blue fan (AU$500), a pink lotus (AU$625), a Chinese girl (AU$750) and a little Asian boy (AU$1000). The bracketed figures indicate a five-symbol winning at the highest permitted bet. These amounts seem too low on the face of it but actually, the 243-ways take on the pokie engine suggests the creation of multiple combos within one spin.

A suspended golden gong is a scatter symbol. Getting 3+ of them will trigger a free spin bonus, provided the gongs have landed adjacently and starting from reel 1. If they are scattered, the online casino player will get nothing, in defiance of how they are named by the pokie provider.

Once 3, 4 or 5 scatters hit the board, the pokie machine first pays out x5, x10 or x50 the total bet (AU$9500 at the highest wager) and second, triggers a free spin round. An online casino player gets 10 free rounds, regardless of how many scatters have been found in the triggering spin. This bonus round is played on a new set of reels that contain only higher paying symbols such as fans, wilds, boys & girls, etc., i.e. all, bar playing cards.

There is no need to invoke Caishen, the god of wealth, since he is always there ready at hand. He can appear everywhere, save for reel 1, and substitute for every non-feature picture. His weakness is that he cannot pay directly when occurring on a payline; however, when he lands on the screen, he can randomly activate a jackpot bonus round (this is not necessarily so).

This jackpot-focused feature gets underway when any number of wild symbols appear in view in base game. Hitting a wild does not mean you are guaranteed to get into that feature, as is said above.

On a new screen, the player will see 12 golden coins that should be picked for them to flip and reveal one of four available jackpots. When three coins match ultimately, a corresponding jackpot is won:

As the jackpots have a fixed total value linked to a bet, even penny bettors are in with the chance of hitting it. Betting merely AU$0.38, an Australian player can scoop AU$380 at best.

Caishen’s Fortune is a Chinese-themed pokie machine themed around a god of wealth who can bestow a lucky punter with a fixed jackpot of up to x1000 the total bet. Bet amounts are AU$0.38 to AU$190 per round. Other features include wilds and scatters that initiate a round with 10 free spins. The max non-progressive award in the online casino game is AU$9500.