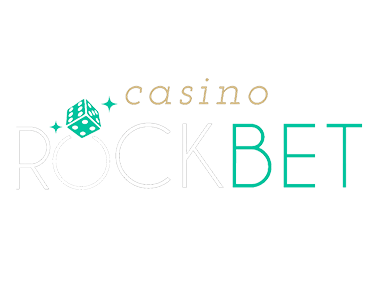 Rockbet online casino is a legal operator of Rival Gaming platform. It numbers over 100 games, most of which are pokies, but Australian gamblers will also find here lots of table games. The bonus program is moderate-sized, with only a welcome package, a few reload bonuses and a loyalty program with comp points. Banking options are made specific for Australian users who are offered a set of convenient methods for easy and safe money transfers. As other Rival-powered sites, Rockbet offers an app to be downloaded from their site, and a regular browser access. Rockbet is known for their reliability and fast payouts of player’s winnings. Besides, its support team operates round the clock and responds quickly.

Rockbet casino has a black-colored design and a very short homepage that depicts a big elegant silver (or white gold) ring with an emerald die on top. This light design operates well on mobile phones and looks uncluttered. Signup is a mandatory step because games are closed from non-registered players (even a fun mode does not run without prior registration). The casino is oriented towards bitcoin gamblers and contains a detailed tutorial for those who are not experienced enough to do it themselves. When in the casino, a player can download a Jaxx tool for bitcoin holding and trading, and also buy bitcoins via Cubits or Coinbase exchanges. Following six steps, a player will purchase bitcoins and deposit them to the online casino. The casino contains a FAQ section that can be useful in many situations.

Deposits and withdrawals in Rockbet

Methods used for depositing are VISA, MasterCard, UPayCard, Neteller, Skrill and bitcoins. Deposits are instant and have no limits from the casino’s side; however, payment operators normally let go a limited amount, and this depends on the selected system, for example, VISA deposits can be limited to $4000 per transaction. This info becomes available in the cashier for signed-up users.

To withdraw winnings from Rockbet, an AU player is eligible for the following methods: UPayCard, Neteller, Skrill, wire transfer and bitcoins. The minimum sum for cashout is $100 and any transaction cannot exceed $1500. A monthly limit is set at $10,000. By today’s standards in the gambling industry, these are fairly small limits, though low-budget players who visit the casino irregularly will be satisfied with these values. High rollers are the only category who may find these limits unsuitable for their betting style. The casino also asks for personal documents as part of standard law-binding security procedures.

Nearly all game titles can be played on every type of mobile phones and tablets. Rockbet has an adaptive website which looks well on smaller screens and all major casino functions are well preserved in mobile environment. Banking tools, signup, bonus wagering and other key aspects are fully implemented on handheld devices. Only the browser version is available in smartphones and tablets.

The casino offers over 80 pokies released by Rival Gaming, a well-known provider of casino entertainment solutions. Their pokies portfolio consists mainly of video pokies (around 80%) and three-reel pokies (20%). High-tech and visually amazing pokies with five reels will attract every Australian user as they have various themes and a plethora of bonus features for all tastes and preferences.

Rival games are popular in Australia because of high return to player and flexible bet sizes, from a penny per line to hundreds of dollars per spin – this is good for budget players and high rollers alike. Given the abundance of features, one can always choose a favorite game from the list. For example, in Rise of Poseidon (the game has 5 reels) a bet ranges between 25 cents and $75 per spin, while in Arabian Nights a player may place as high as $125.

Some of the most sought-after titles from that provider are Popping Piñatas, a 50-line pokie in which a player will whack Mexican piñatas and win x2500 a line bet (features include two wild symbols, a bonus round and payable scatters); Golden Gorilla, a jungle and treasure hunt-themed pokie with a wild multiplier of x3, a bonus game and up to 50 free spins. It’s going to be a long listing if to review all the good games from that provider. In fact, almost every five-reel pokie definitely deserves attention of Australian users.

I-slots is another creative development from Rival Gaming, which hardly has any comparable counterparts in the modern pokie environment. This category consists of pokies that have a non-linear game logic. The course of a game changes depending on what features have been unlocked previously. Players are sure to try Rival’s i-slots such as Cosmic Quest, Cash Cruise and Bowled Over, as they have many loyal fans across the globe.

The review would be incomplete without giving a nod to progressive pokies from Rival. There are only five of them launched as of now and they are far from being the greatest wish for jackpot chasers because of their low-valued winnings, compared to millionaire-makers. The top three most generous progressives from Rival, available in Rockbet, are Jackpot 5x Wins, Money Magic and Strike Gold. The most frequently won progressive is Major Moolah (hit an average of every 26 days).

Table games library from Rival is not as impressive as pokie’s. But fans of these games will not get bored here because Rockbet offers the major variations of these games such as American roulette, European roulette and a few classic blackjack tables with easy controls and streamlined settings.

The casino has a really massive bonus that is a 400% match to the first deposit, up to $2000. This is a sticky bonus, which cannot be withdrawn once wagered – only winnings that come from that bonus can be cashed out. To qualify, a player must deposit $30 or more, and then to meet the wagering requirement of x35 times.

Cashback is an alternative to the welcome bonus and is valid for table games only. If the player wants to take the insurance money, the Support should be contacted first. After telling them about the intention to receive cashback insurance instead of the welcome bonus, the player can make the first deposit and then wager on table games. If all the funds injected into the casino as part of the first deposit are lost, the casino will indemnify the player for 100% of all losses on roulette, blackjack and other table games. The cashback has a playthrough requirement of just x1.

Comp points are rewarded in equal rate across all the game types. No matter if the player bets on pokies or table games, each $1 gives one loyalty point. Upon accumulation of 100,000 points, they can be redeemed into $100.

Rockbet is a legal, licensed and reliable online casino which is Australia-friendly and operates the Rival Gaming software. It has 100+ games, prevalently pokies, and a satisfactory bonus program with one welcome bonus and cashback insurance. Rockbet runs a mobile-compatible site.