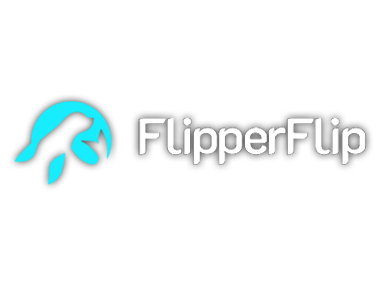 Flipper Flip accepts Australian gamblers and offers them a stunning variety of 650+ pokies by Relax Gaming, Pragmatic, Thunderkick and other classy companies. Design-wise, the casino website looks like no other – it has an apparent marine and sea animal theme, bright colors and water motifs everywhere. Gaming for real-money is complemented by an extensive bonus program that gets everyone covered, including new users who receive an astonishing 100 free spins on NetEnt’s Aloha Cluster Pays. Signed up users can start playing immediately in a browser or choose to download a casino app from Flipper Flip.

Just a mere glance at the gambling venue will suffice to fall in love with it. The casino’s visual design is so cute, bright and colorful that it will touch everyone’s feelings. To begin with, there is a background image on the homepage that looks like an underwater landscape that changes as the player scrolls down until reaching the footer that shows a sea bed with a treasure chest. Animated air bubbles floating up to the website header add fun to the overall design, while a big submarine portrayed as moving close to the sea surface shows a rotating bonus wheel on its hull. Actually, in terms of web design, the online casino does make a strong impression. Ultimately, there is a curious story behind the casino’s name: Flipper is a harbor seal adopted by the online casino through the WWF (World Wildlife Fund), which is evidenced by a related WWF certificate.

Deposits and withdrawals in Flipper Flip

Once logged in, a player should click the Deposit button to select one of the available methods such as Visa, MasterCard, Skrill, ecoPayz, Neteller, paysafecard and some other methods. Bitcoins can be transferred to the casino through Cryptopay bitcoin e-wallet. The minimum deposit that a player is entitled to make is $10, while the max amount will vary in accordance with payment options chosen. Responsible gamers are allowed to set personal deposit limits that can be altered at any time with immediate effect.

Withdrawals are effected through an array of electronic wallets, Visa and direct bank transfer. Similar to deposits, a user can transfer fiat money to Cryptopay to get them exchanged into bitcoins. The minimum withdrawal amount is $20 (or in currency equivalent) while the max sum is $2000 per transaction. No details are found in the T&C on the max weekly or monthly limit established on withdrawals – perhaps, there are none.

Players of the Down Under will easily sign up (or log in) with Flipper Flip on any mobile device (iOS/Android) and have unhindered and user-friendly access to around 400 HTML5 pokies offered there. Since the mobile site is designed in accordance with the best practices, a common AU user will easily navigate across its pages and find all pieces of information needed, including casino rules, payment options and, sure, games. If a user already has a valid desktop casino account, he can use its details (password, login) to enter the mobile Flipper Flip site.

There are 661 pokies as of writing the review. They are developed by numerous vendors, like Thunderkick, Leander (Lega), Pariplay, Red Rake and Microgaming. The lobby has no filters at all and the games are published in a mixed order without any possibility to rearrange or sort them out. Findings show that most games added by Flipper Flip to its catalogue are of very good quality, have many bonus features and above-average payout ratios. Below are given short overviews to the most sought-after providers and pokies available in the online casino.

A fresh market operator, Thunderkick has already come a reputable provider of pokies to globally operating online casinos. Their games tend to have many bonus features but at the same time, they are not abundant in any specific game. In other words, the provider seems to have found an equilibrium point between a few game aspects, namely, graphics, features and payouts. Some of the most popular titles include Divine Lotus (a dragon-themed 5-reeler with 4096 ways and the max win of x8700), Esqueleto Explosivo 2 (the pokie is inspired by the Day of the Dead celebrated widely in Mexico; features include Mucho Multipliers, Explosivo Wilds and free spins) and Midas Golden Touch (a mythological pokie with unique Wild Payline multipliers up to x32 and a bonus game with sticky respins). The provider easily shifts from traditional 5×3 layouts and spinning reels in favor of some unusual schemes.

This fairly young (est. in 2014) but already reputable vendor offers a limited portfolio of about 30 pokies in Flipper Flip. Their games have good graphics and many bonus features that go beyond just a basic set. Booming pokies are well-known for their wide use of wild-based features such as Bursting Wilds, Expanding Wilds, Random Wilds and Multiplier Wilds. Many pokies, like Chicken Party and Snail Race, give a user the second chance to increase winnings in a Gamble feature. As a final touch and another reason to play Booming pokies, the provider does not hesitate to toy around with pokie concepts, forms and shapes in order to produce really one-of-a-kind titles. The most brilliant examples of a non-standard vision of the pokies include Chicken Party and Witches Wild Brew.

Leander is an Argentinian software developer that has created many pokies with a local thematic twist, for example, Gustavo El Luchador and Mad Piñatas. The most unusual titles are perhaps a few pokies of the Reely series that mixes a typical pokie gameplay with the style of other casino games. In Reely Bingo, a player will see a set of white numbered balls acting as symbols. In Reely Poker, the screen is full of jacks, queens, 3s and other card values on the reels. There are also a handful of progressive pokies such as Afterlife Inferno, Scrooge’s Jackpot and Apollo – all belong to the type of networked jackpot, meaning they have globally accumulated jackpot values. In other words, Leander pokies offer an excellent entertainment value that will appeal to many legal Australian gamblers.

Gambling veterans, gurus and novices are going to be unanimous in giving the highest ranks to the table game content in Flipper Flip. It features well over 120 titles, both in a live dealer and RNG-based format. Games in these sections are powered by a host of famous providers such as Evolution, Leander, Red Rake and Genii. Vegas Strip Blackjack, all types of roulette, classic punto banco, and many live dealer tables are affordable for everyone. Table limits in live tables are specified in the lobby, enabling the user to make an informed choice before entering any game. Most games of this kind are well compatible with mobile devices.

The starter bonus is not big as compared to peer casinos. On depositing the minimum of $13 (AUD20), a player receives a 100% bonus up to $100, to be wagered x50 times within two weeks since credited. In addition to the above, the player gets 100 FS on Aloha and their winnings are capped at $50.