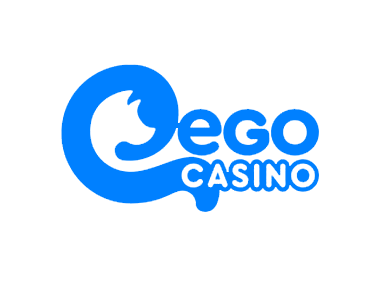 Ego Casino is a legal online casino holding a Curacao gambling license. It currently offers some 2000 games released by Thunderkick, Yggdrasil, Quickspin and some other providers. Among several fiat currencies, the online casino also accepts bitcoins, which is a great advantage for some Australian users who give priority to bitcoins over traditional payment options. The bonus program introduced in Ego Casino is diverse and is designed to cater to novices and loyal players alike as it features a generous welcome bonus, weekly VIP reload bonuses and weekly cashback among other deals. The casino has a kind of waggish, playful visuals with white background and cheerful icons that create a joyful atmosphere and add fun to the casino experience.

Methods used for depositing are Visa, MasterCard, ecoPayz, POLi, Bitcoin and Ethereum. Deposits are quick and come at no additional costs to the AU player (no commissions or fees taken by the casino). Min/max limits depend solely on the chosen payment method.

Replenishments made from debit cards listed above, cryptocurrencies and POLi cannot be returned to the same methods. To pay out winnings, the casino uses alternative methods including bank transfer and ecoPayz. There are three maximum limits linked to specific timeframes: $1500 per day, $3000 per week and $9000 to $50,000 per month. Monthly limits vary depending on the player’s VIP tier in Ego Casino. All cashout requests are processed within one business day.

Playing Ego Casino on the go

The mobile casino offers access to over 1000 HTML5 pokies from the same providers as published in the desktop casino version. Players from Australia can start the casino action straight from the homepage that contains over 20 popular pokie icons (more can be added by clicking a Load More button under the list). Access to casino sections is performed from menu items located at the mobile site bottom and inside a hamburger button in the top left corner. Thanks to a fully-functional Banking page and safety measures implemented by the online casino, players may rest assured to deposit and withdraw money on a mobile device without any issue.

Not only major software companies are present in Ego Casino but also a few not so well known vendors. Above the list, there is a sliding menu line that shows all developers in Ego Casino including Quickspin, Igrosoft, Endorphina, Boomerang, Gamefish, Betsoft, Blueprint and Nolimit amongst others. Apart from the Search Games field to look for a specific game by name, there is an interesting and unusual dropdown that enables one to filter out pokies by theme such as Summertime, Horror, Holidays, Asian, etc. The online casino also has an unusual way of labeling Hot and New pokies. Popular pokies are marked with a small fire flame icon, while recent releases have a green leaf on top. Some of the most trending providers and their games are reviewed below.

From a big assortment of 100+ pokies from Betsoft, a player from Australia is sure to find many games that would suit his betting and other preferences. Many Betsoft creations boast of beautiful design with 3D visual effects (or pseudo-3D effects, to be more exact) and quality animations. In some games, animation is used so widely that the entire game screen looks like a short Disney cartoon. The most prominent pokies that would very likely attract legal AU users include Birds, Frankenslots Monster, 4 Seasons and many-many others.

There are 40 games from this provider in the reviewed online casino. The most peculiar thing about Thunderkick pokies is a denial of traditional methods and techniques in pokie making and use of non-standard approaches. For example, in Fruit Warp, symbols (different fruits) are not aligned in a rectangular “columns-rows” shape but hover in random places on the screen. Sunny Scoops is another creative pokie in which symbols are represented by different ice cream scoops, with three of them on top of each wafer cone. Scoops fall from above the screen edge and thus create a 3×3 grid in a broad sense. The Beat the Beast series, which consists of three pokies (Cerberus Inferno, Mighty Sphinx and Krakens Lair) and is devoted to mythological themes, deserves special attention of Australian players.

With over 60 Quickspin pokies in Ego Casino, players would delve themselves into top-quality gaming experience created by the Scandinavian provider. They focus their efforts on pokies only, that is why all their games are so creative and enticing. Most of them have a traditional field with 5 columns and 3 rows but some pokies have unusual design, for example, Golden Glyph, an elegant 7×7 game with Cascading Reels and symbols that resemble Mahjong tiles. Some pokies are equipped with big icons that occupy more than one normal position, e.g. Sticky Bandits (two parts) and Three Musketeers. Games from Quickspin have high payout percentages and generous winning combinations that pay out 5000 coins and higher. Some Quickspin are ideal for high rollers as they accept over $200 per spin.

The casino offers about 80 richly themed games from Yggdrasil. Australian players will enjoy awesome graphics, appealing bonus features and flexible bet options (from one cent to dozens of dollars per line). Players can embark on an adventurous journey in Vikings Go Wild, enter the world of whimsical creatures in Chibeasties or plunge underwater in search of beautiful marine creatures in Reef Run. Yggdrasil pokies offer Australian players a full range of bet sizes, from a mere cent per line to hundreds of AUD per spin. Graphics are sleek and eye-catching, while control buttons are very intuitive.

Pokies of other vendors in Ego Casino

The review would be incomplete without making a few remarks about other companies that power Ego Casino. Players from Australia may click on different provider names above the pokie list and choose a provider to display only related pokies. The casino collection focuses on many categories of players. Those who love simple unsophisticated action should try Igrosoft pokies produced by a Russian company. Games with a purely Chinese twist, with hieroglyphs and thematic Oriental symbols are found in the Splitrock Gaming collection. Also worth noting are games based on a Megaways concept (these can come from different providers) with a no-payline structure in which symbols have variable heights. There is always a possibility to play in a fun mode in order to pick the most suitable game of any provider in Ego Casino.

Table games are delivered by two providers, Yggdrasil and Betsoft. There are 41 titles of different types including blackjack, roulette, baccarat, craps and poker. All blackjack variants have rules built into the game so even novices will be able to play them without any problem. The most interesting and noteworthy games in the collection are 21 Burn BJ, Golden Chip roulette, American BJ, Super 7 BJ and Common Draw Roulette.

Every Australian player will find a bonus to his taste in the online casino. On making the first deposit, a newcomer receives a 100% reload bonus up to $500 plus 50 free spins granted on the second day. The wager on the welcome bonus is x40.

Bonuses for regulars are: